skip to main | skip to sidebar

Why We Need to Banish Adam Giambrone

1: to require by authority to leave a country

2: to drive out or remove from a home or place of usual resort or continuance

— ban·ish·er noun
— ban·ish·ment \-nish-mənt\ noun
Examples of BANISH  He was banished for life. The dictator banished anyone who opposed him.
-------
Here we are about a year after Mr. Selfish Raw Ambition, ADAM GIAMBRONE, self-destructed (caught in his self-serving public lies by a city who couldn't care less about his sex life) in his bid to run for Mayor of Toronto. He soon thereafter publicly stated he would not run again for ward 18 Davenport City Councillor (much to the delight of most of his constituents) ..... and still we keep hearing of his brazen actions to bilk the city of every possible dime, jetsetting around the world pumped up by his own inflated ego, like some middle east dictator-for-life. 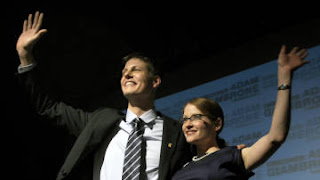 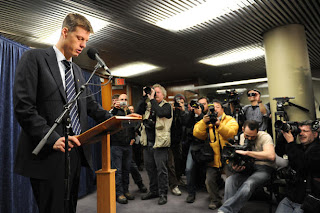 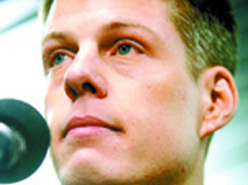 Caught by His Own Deceits
---
The latest?

Giambrone ran up $135,504 tab before quitting TTC weblink Toronto Sun
"Outgoing chairman Adam Giambrone racked up $135,504 in travel, staff, phone, texting, and self-promotion costs on the TTC dime before he stepped down from his duties at the Red Rocket last November, say documents obtained by the Toronto Sun.,,,In actual fact, Giambrone went over his chairman’s little-known budget of $125,000 by $3,344.92 — a concern pointed out by chief general manager Gary Webster in a Feb. 23 memo to the current slate of commissioners...All of that travel occurred during Giambrone’s final four months in office. He also left his duties as councillor with a $58,111 severance cheque:

And the Toronto Star story on this in which new TTC Chair Karen Stintz (probably in vain) hopes to recover some portion of his overspending.

What a comfort to those few still blindly Giambrone acolytes that he was not suffering financially while he tweeted from exotic locations about how the new city council should fix the TTC - which he drove into the ground in many ways himself with his blind love of technology and deaf ears to customer service concerns.

Angry? Yes I am. I campaigned for this bozo in his first election because I thought that his coming from an NDP background meant he might have some sympathy and compassion for the many people on low income in his relatively poor ward. I was wrong - so very, very wrong. In the next election, having experienced his total lack of concern for low voting areas of his ward and his office's non-response to mundane concerns like garbage collection - I asked him why I should vote for him.

"Because Miller will make me Chair of the TTC", was his verbatim response to me.

Incredulous, I asked how that would help me or his constituents in the ward. He babbled on about how great David Miller was and didn't answer the question. (A clue: The man might hear but does not listen, he was often called someone with a 'tin ear' by others).

Following that election in which he won easily over a poor campaigner in Simon Wookey ("Let the Wookey Win" slogan was the only highlight of that disasterous campaign), Adam became - if possible - even more inflated with himself. I went to seek help in bylaws related to feral cats and animal control. His answer:

"That's not my area. I'm the TTC". Actual fact. Verbatim.

Then, as most of Toronto who was paying attention, there was the Lansdowne narrowing fiasco in which Adam just did what he pleased with no consultation. Fact. I live there. Despite hordes of local constituents who, probably or the first time in their lives, took to the street to protest - It didn't faze him in the least. Later several of these constituents took the bold and ultimately fruitless step of taking the city to the courts in an attempt to get someone to listen to concerns. With limited constituent financial resources versus a multi-billion dollar city set of lawyers, it was hopeless. Yet, residents did get a last kick of the can at an "after the fact" consultation meeting of sorts. 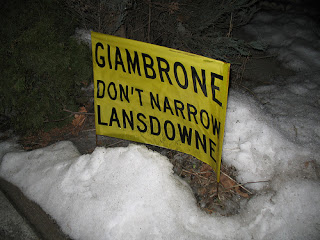 And let's not forget the other Giambrone created disaster in ward18 - Taking away Dundas Street parking, which damaged people and businesses in the area. It was only recently restored by new ward18 City Councillor Ana Bailao, who got on board a little late on the issue - announcing she would do this September, 2010 in the last days ofthe election campaign. (Better late than never and the right thing to do)
Weblink to story 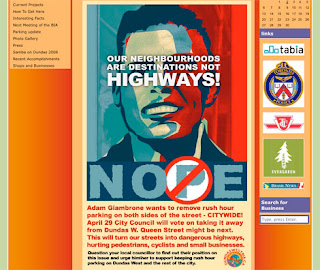 Later on, similar to the "As Rome burned, Nero fiddled" analogy, when the ire of the general public about poor TTC customer service and reliability came up, Adam spent his time crooning over technology and travelling around the world to learn about transit (Again: why is the TTC still seen as a place to can put your political friends who have zero transit experience?... but I digress). 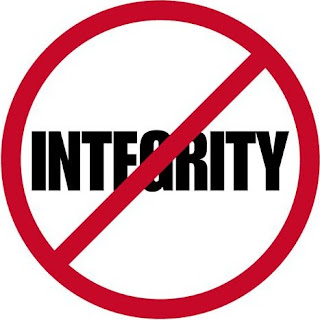 To the point: INTEGRITY is a quality of character and a word Adam Gambrone clearly does not understand. When anyone with an ounce of respect for others knows he or she is not going to continue in the job, they stop bilking the system and making significant plans with impacts and consequences that others will have to deal with. You don't poison the well after you've had your fill.

Yet that is what Adam (and David Miller) did  in the final days of their reign of power. Contracts with expensive cancellation fees that committed the city to a course of action that was still being debated in an election campaign were signed. The city was left on the hook for the Giambrone-Miller wishlists.
TTC Lease "...leaving the transit agency on the hook for up to $2-million to break the deal"
Stintz trying to renegotiate deal (Another's comment: Personally, I feel it was unethical and akin to "scuttling the ship" when the departing TTC Chair (Adam Gee-I-am-a-boner) inked this deal.


Now Adam is on sabbatical in various exotic locales across the planet (not entirely true as he is doing his archeologist job no doubt drawing pay for that to go along with his City of Toronto Cash Windfall), and some political pundits say he will yet make a comeback, perhaps at another level of government.
Where in the World is Adam Giambrone Dec 2010 Toronto Star article.

Oh, how I wish we could pass an old style banishment decree for this dangerously deluded man. 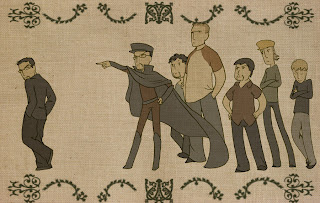 ---
Something I blogged in March 2010: Given that our current councillor has had his judgement called into question numerous times now on a whole range of issues (lies to the media and public, expensing taxi rides when as TTC Chair he should be promoting public transit, getting caught expensing a personal taxi ride as council business, utilizing city resources to put on his own "On The Rocket" show (is it a campaign on the city dime?*), failure to focus on addressing enormous customer dissatisfaction about TTC service... what am I missing? ... why should his abandoned constituents support any bid for his re-election?
---
And Free French lesson for Giamborne paid by taxpayer Over $6,000 news story
---
And November 8, 2010 this came out Quit Early Still get paid
---
Another example of Adam Giambrone's total lack of respect and his couldn't care less nature: His website is still active, even today, saying he is still the ward18 City Councillor. I and others have sent him emails asking him to take it down or change it, with no response. Perhaps this is a matter for the city integrity commissioner or ombudsman or city lawyers?
---
No doubt I am missing some other examples of Adam Giambrone's total disregard for constituents (like his using TTC resources as his own self-promotional TV show or his overuse of taxis to confirm the TTC slogan "Take The Car"), but his biggest legacy is how he set the stage for the return of the conservative right to city hall with the Fordites and "Respect for the Taxpayer" that pretty much echoes what Giambrone did not have. 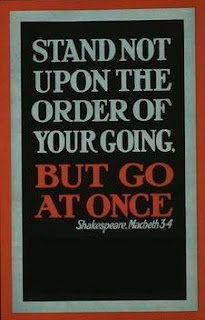 ﻿
* Update March 1st: : Giambrone Rebuffs Calls to Reimburse TTC for Blown Budget
Former TTC chair Adam Giambrone is slamming as “politically driven” the transit agency’s move to make him pay back the $3,300 by which he overspent his $125,000 budget last year.
“I’m not in Toronto and do not expect to have further comment … on the politically driven decision by elected officials on the Board of the Commission,” Mr. Giambrone said by e-mail.
Mr. Giambrone didn’t answer a question about whether he intends to reimburse the transit agency in his message, which came from his old City of Toronto e-mail account. His signature still says he is chair of the TTC and councillor for Ward 18, despite his not standing for re-election last fall after lying about an affair."

... Seems to me he is continuing to play the system. Why hasn't city hall shut down his accounts and done something about his still claiming to be Ward 18 City Councillor? Is this guy delusional (still) ?

So maddening thisis!
"Mr. Giambrone had three different pots from which to draw money: The $125,000 TTC budget he overspent; his $50,445 councillor budget; and a separate budget for TTC corporate travel."

Pigs at the trough come from the NDP too I guess.

* Update: TTC to formally ask Giambrone to pay for going over budget "The Toronto Transit Commission is writing to its former chair, Adam Giambrone, asking him to repay the $3,344.92 he overspent on his annual $125,000 office budget....It shows that the former city councillor for Davenport spent $71,917 on staffing, $9,152 on his voice and data plans on his BlackBerry, $2,891.75 on ground transportation and $2,097 on renting an office at City Hall. He also spent $20,807.64 on his glossy “Chair’s Report” and $16,175 on an accompanying video. Mr. Giambrone spent more. than $5,000 on other items, such as newspaper subscriptions and hosting a delegation from Milwaukee...Mr. Giambrone, who did not seek re-election, spent an additional $7,159 on business travel, including a trip to San Antonio for the American Public Transportation Association three weeks before the election. "
Posted by Ken Wood, Ward 18 Davenport at 11:24 AM

Ken Wood, Ward 18 Davenport
Citizen, community activist, resident of ward 18 Davenport in west end Toronto, past experience in business management, computers, human resources, worked in both union and non union companies and educated (B.A.) in political science and psychology. Experience on board of directors of the Daily Bread Food Bank and Mainstay Housing, non profits. Biggest claim to fame? I saved a tree by chaining myself to it during Lansdowne narrowing.